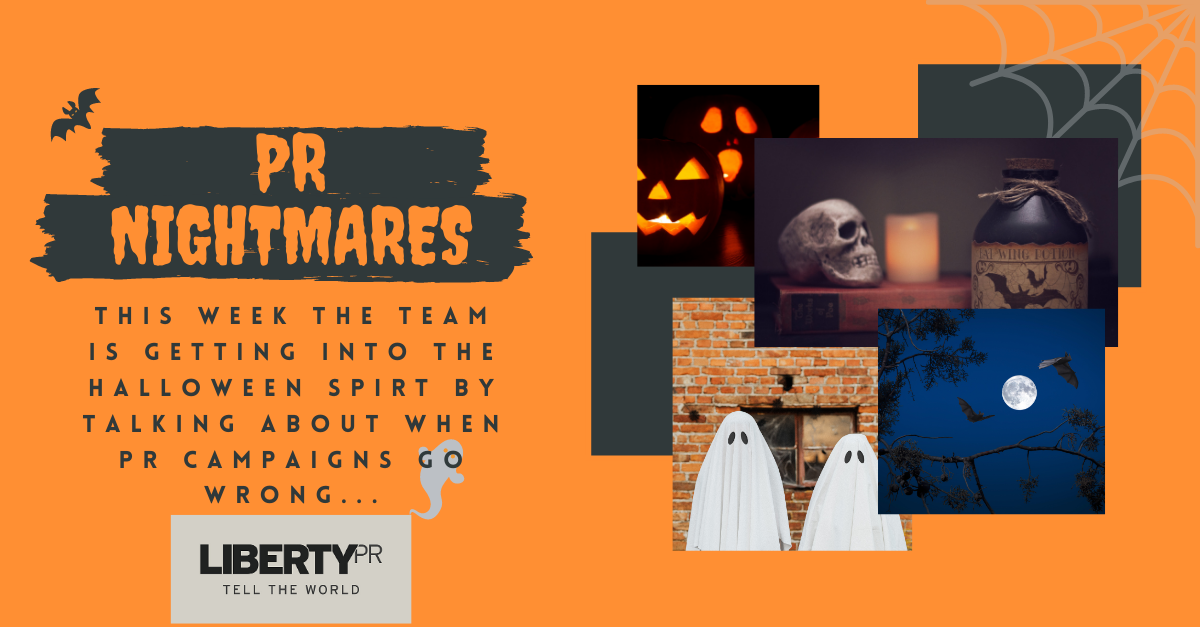 As a football enthusiast, PR campaigns around the beautiful game often live long in the memory for me, but sadly not always for the right reasons. In the lead up to the 2018 World Cup, MasterCard’s ‘Meals for Goals’ campaign left a bitter taste in the mouth, with the finance giant pledging 10,000 meals for children in underprivileged countries – but would only fund the meals if either Lionel Messi or Neymar scored a goal. MasterCard later made the contribution without the aforementioned caveat, following widespread criticism.

There is one PR scandal I remember very clearly which took place whilst I was in my second year of university. The disaster featured TV star Kendall Jenner, who appeared on an advertisement for Pepsi which was set at a protest march.

In the advert – which borrows imagery from the Black Lives Matter movement – a police officer accepts a can of Pepsi from Kendall, who is a white woman, and peace is instantly restored. It didn’t take long for the internet to express their distaste for the advertisement, with many claiming it’s precisely the opposite of their real-world experiences and criticising Pepsi for undermining the seriousness of protests. The world-famous brand very clearly missed the mark and overlooked a huge issue. They apologised, but it was a reminder to companies everywhere to be responsible while creating.

There may – just may – be some causes which justify the depiction of a suicide attempt in a TV advertisement. To promote awareness of mental health issues, perhaps, or to encourage people struggling with depression to seek help. But selling cars is most definitely not one of them.

Which is what Hyundai found to its cost when it decided to demonstrate the eco-friendly credentials of its ix35 model by showing a man being foiled in his attempt to take his own life by the car’s zero emissions engine. Following a furious backlash, the ad was swiftly pulled.

As it’s Halloween, it’s appropriate that there’s a graveyard feel to the PR campaign which was first to come to my mind.

Ed Miliband’s widely-mocked EdStone – unveiled as part of Labour’s 2015 election campaign – must be up among the top PR horrors of all time. You can see what they were trying to do – carving Labour’s pledges into stone to demonstrate they were commitments they could be held to, in contrast to the LibDems’ broken promise at the previous election over tuition fees. Unfortunately, no-one spotted its similarity to a tombstone or anticipated that it could be used to symbolise the death of the Labour campaign. It probably still haunts those involved today.

When a personal trainer came up with an idea for a new PureGym workout for the gym goers in Luton and Dunstable, he said he wanted to “bind [his] history” with his passion for working out. The result caused massive amounts of backlash across social media with the scandal even trending on Twitter.

Branded the ‘12 Years a Slave’ workout, Matt Simpson’s explanation of the exercise infamously included “slavery was hard and so is this”, sparking great amounts of criticism for making light of slavery, especially in the height of the Black Lives Matter movement and protests.

PureGym came out to say that they found the idea unacceptable and Simpson later apologised for workout, admitting it was ill-judged.

In 2015 Protein World caused quite a stir with its ‘Are you beach body ready?’ campaign to promote its new weight loss collection.

The brand faced a severe backlash from the media and public following the series of ads run across the London Underground, accused of promoting an unhealthy body image.

Despite over 370 complaints received by the UK’s Advertising Standards Authority, and a petition launched to remove the ad, Protein World stood by the campaign and in the end reported that it resulted in over £1 million in sales for the company.

The UK Government has recently been the target of backlash after they suggested that people who work in the arts should retrain. Alongside this already controversial statement, an advertisement appeared on social media of a ballet dancer with the text ‘Fatima’s next job could be in cyber’, suggesting that she should retrain from dance to technology.

There have been suggestions that this advertisement was created a couple of years ago for a push in cyber recruitment but many feel like the original point still stands – jobs in the arts are legitimate and sometimes tougher than your run-of-the-mill office work. Plus, just think about the fact that this advertisement telling people to stop working in the arts would have been made by a lot of people who do.